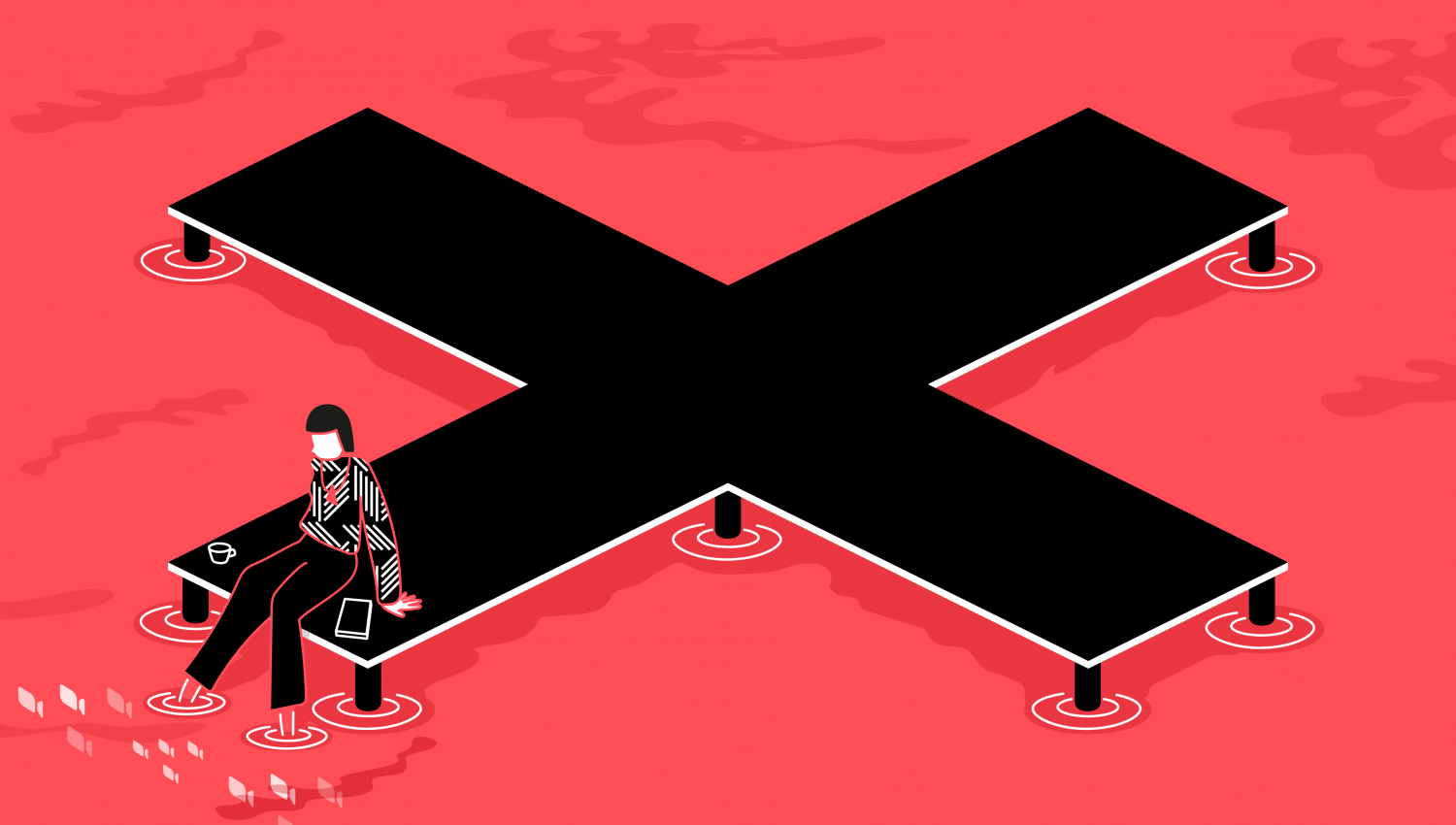 The last thing anyone needs right now is any more ‘top tips for working from home’ or ‘how to make the most of your marketing spend in times of COVID’ articles. So fear not, I’m not going there. At the end of our seventh week of life without our studio we wanted to share our experiences so far. If you’re looking for profound words or helpful learnings, this isn’t it. Just us over sharing but remaining positive.

Week 1 / Friday 13th March / We’ll only be at home for a few weeks
The week before our wise country leader ‘officially’ locked us down, we took the decision to work from home to keep ourselves and our team safe. It was basically take your kit home, set up your mac and jobs a good’un, being a compact team has many benefits.

The only thing that was initially a chore was the server, our Creative Director had to take the whole server home, so for the first few days there was a lot of file transferring. It’s sussed now and we’re now online with our sharing.

Like many of you we popped our Zoom cherry to keep in touch and introduced online Friday studio pints with our neighbours Everything.

Week 2 / 16th March / Panic stations
The official lockdown week and it did not start well. 3 large arts projects we had in our planner for the next few months, that were all meant to launch June and July were postponed. This changed our schedule a lot. We still had and do have work to be getting on with, albeit less than we would have had, but our pipeline was blown out of the water.

I think it’s a natural feeling to panic but we had to act quickly, moving advertising schedules and working together to plan what we could. We offered support to clients, we would do what we could to help, from activity sheets to social posts, come at us and we will do what we can!

In times like this new communities form, we joined an agency director Slack group along with studios across the UK, this is a big support and has ongoing daily chat with folk sharing experiences of running their agency under lockdown, motivating, reassuring and a place to vent.

Week 3 / 23rd March / Acceptance
We accepted we were here for the long haul. As a small team we all trust each other to be working, and everyone was, our morning zoom meetings are always met with smiling faces although sometimes you can tell when people are fronting it out, me included some days.

This third week brought its own challenges – working on concepts for a project in its infancy, art working and sending things to different printers, some home schooling thrown in there for good measure…fun and games.

The creatives were working on ideas alone and then sharing them, we ended up on long video calls sharing the screen and designing by committee – but you know what, we are finding it easier to look at work like this and it felt more like how we work in the studio. Whatever gets you through! I’ve since been informed about Miro so need to check that out.

Week 4 / 30th March / Tough decisions
This week was up and down. Upside, we had a few proposals to work on and a project from many moons ago cropped up again, with 12 museums, historic houses and galleries working as a collective, they have grown it to be over 35 venues and need some developments to position them for the future, a fantastic legacy project at a time like this.

Other than that, after the initial all hands to the deck, we could see in the weeks ahead that workload and projects would slow, so at the end of the week we made the tough call to furlough one of the creatives. We wanted to keep the team together throughout but as a small business it didn’t make sense. We were also very conscious of the teams wellbeing and would rather they spend time doing something they want to do, read a book, learn something new or just have a nap…not just awaiting the odd task here and there.

Week 5 / 5th April / Strength in community
With a different hat on, as part of Ladies, Wine & Design Newcastle, I was preparing to co-host our first online zoom chat – Lockdown Lowdown. It seemed like our community of creative ladies were all so far away, we wanted to bring people together and just share our experiences. 3 hours of wine, chat, rants, woes and belly laughs really helped, many of the participants were in rubbish situations, someone had just embarked on freelance, others were furloughed and one made redundant, some were just trying to do their job as best they can. But just having each other to talk to felt like therapy. Big up Ladies, Wine & Design 🙂

Thursday we all watched Instagram live with Christopher Doyle & Michael C Place, so good. It was essentially a chat about how they’re both getting on, but was strangely comforting and reassuring that we are all asking the same questions. Something that struck a chord was the notion that we are probably all over-working on projects, because we have longer, we are indulging on projects longer than we sometimes would. So true. But I kinda like it.

We hoped to hear news from a proposal submission but we were still on tender hooks. Staying positive, we ended the week with the whole team back together for Zoom drinks.

Week 6 / 14th April / What day is it?
Easter came and went, still on lockdown with no idea what day it was by the time we were working again on the Tuesday.

It was a positive start to the week with feedback on a new brand identity we’re working on, so we were able to develop and progress with it. It’s such a good feeling when you can go full steam ahead, a lot of things had been stop start but having something solid at an exciting stage has really boosted us.

Thankfully the sun has been shining most days, which really does help and contributed to us working random hours. We’re getting work done but by no means full days, trying to get into the garden for some of us or out for daily exercise. We don’t expect anyone to be at their desk 9 till 5, hell no.

Another week at home. Submitted a proposal mid week, one to watch. Towards the end of the week we were informed we had won a project we tendered for earlier in the month…halle bloody lujah! Such a lift to us all.

In other news, spent at least 2 hours between 3 of us trying to solve an instagram profile image quality issue. The struggle is real. It seems like a much longer process to iron out little issues like this for some reason. Are we being more picky I wonder, but then we always have the highest quality control I like to think.

Who knows, it feels like these smaller things feel huge, maybe they are a distraction.

We’ll be meeting online for drinks later to end the week and we’ll see what emotions Week 8 brings, I bet you can’t wait to hear 🙂

Feel free to drop us an email / call / zoom if you want to over share back at us.