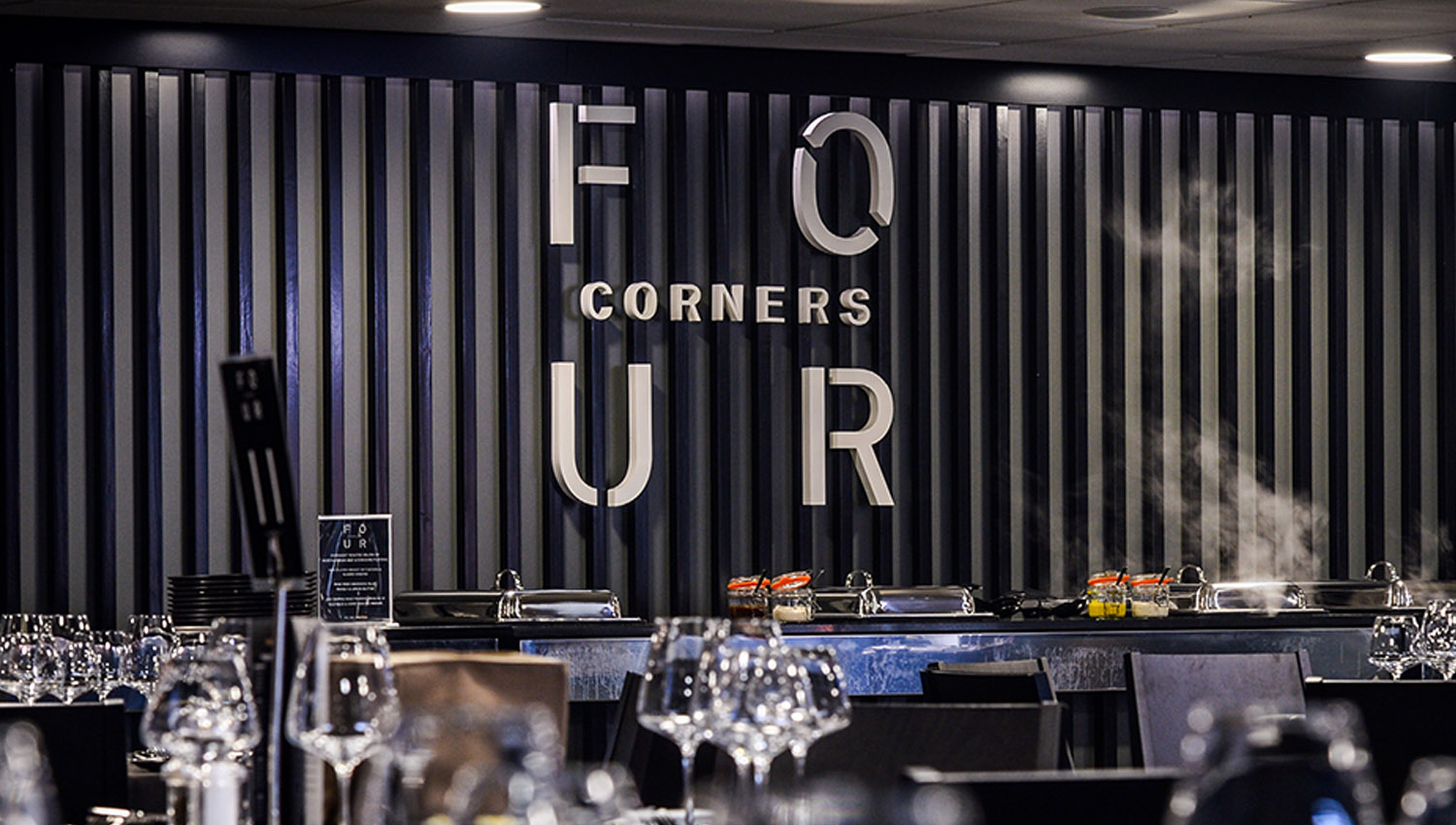 We’ve been loving working with Newcastle United FC over the summer to name and brand their new restaurant. With a fusion menu on the cards we wanted to reflect this with a distinctive name that not only nods to football but takes inspiration from the global fusion menu.

After an intense naming exercise ‘Four Corners’ was chosen as a strong name that strikes a balance with football and fusion food along with a positioning line ‘Globally influenced dishes sourced from four corners of the world.’

We created a bold typographic marque that spatially reflects the four corners concept and can translate across wider communications by subtly reflecting the typographic positioning.

The restaurant was launched to the public at the end of August.